Is This Actual Proof Of A Real Sea Monster 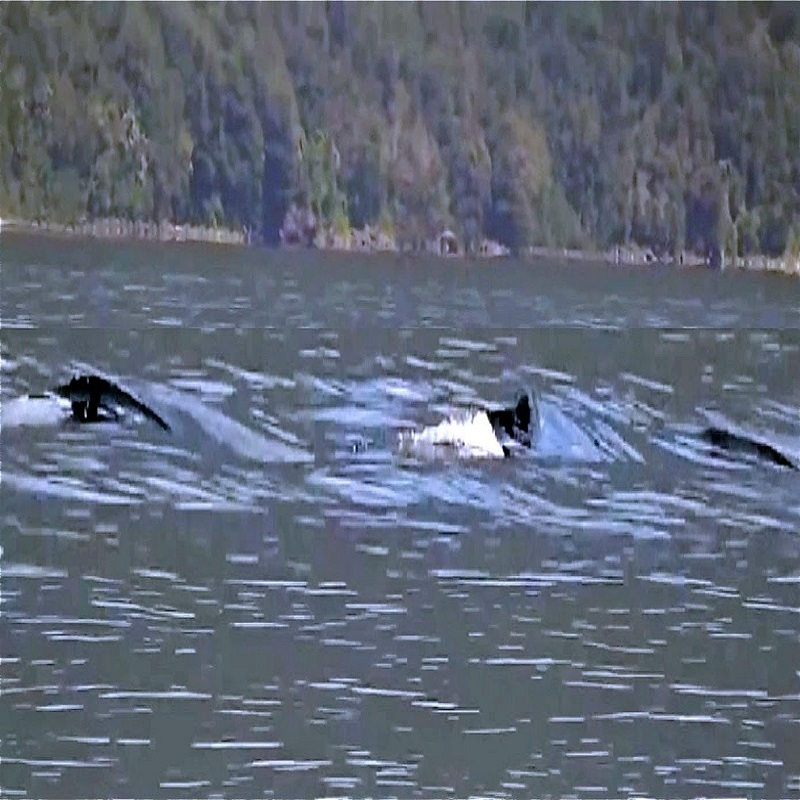 Is This Actual Proof Of A Real Sea Monster?

Now there are a TON of videos all over the net of supposed giant fish and sea monsters from all over the world, but most of them are blurry and not very good at all. Most of them you can honestly tell they're faked a bit or a lot, it just depends on the video and how the video was shot. Usually you can tell a video editing job and a Photoshop job like the one that went viral a year ago, the video of the dog being eaten by something that came out of the water.

It was a terrible video that I won't even share the link with, they don't deserve any views and you don't deserve to get your time wasted. Anyways there are some videos that really make you scratch your head. It looks like a legit camera and the people behind this camera are acting in a manner how most of us would probably react. Now if you saw something crazy like this in the water you probably wouldn't want to get back in the water.

For this very reason I kind of tend to stay away from open water even though people say it's highly unlikely that something big is actually going to get you and eat you. But when you see something like this it makes you think again, what if they were swimming around the water when this creature struck?

I don't know about you, but it could be a giant Oar fish, but you can honestly see the girth on this fish when it pops out of the water.

Check out the video, be WARNED the lady says some foul stuff when they see the monster!

I don't know about you all, but what I see is something big and something like I've never seen before. Now people have been spotting and actually taking pictures of real Oar fish that have died, but could this be an Oar fish or something far bigger? To me this creature looks pretty big and massive in girth, it looks to be over 10 feet and possibly 20 feet.

From the video you can see that it has a dark color and resembles more of a snake than anything else. But what do I know, I would be just as curious and scared as these people in the video are. In the comments section the people who shot the video said that they were in a small boat and didn't want to stay any longer to see what it actually was.

Do you blame them?

Some of the comments were saying why didn't you get closer or it looks fake, I don't know about being fake, this one actually looks legit to me, now is a sea creature or monster? Well it depends on your definition of a monster, if you think this is a monster, well than it's a monster!