Taco Bell Customer Finds a ‘Door Knob’ Inside Of Their Nachos 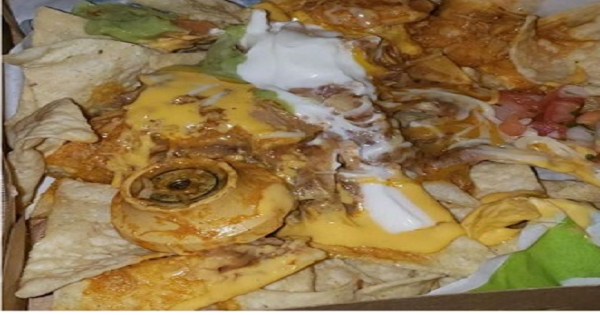 All of us at one point in time or another have visited a fast food restaurant, some of us more than others. But how many times have you looked in your food and found something that shouldn't be in there? Not too many times at all hopefully, but most of the time we find things like hairs in our food and nothing else too dramatic. Every now and then people find bugs or something creepy inside of their food but what about a doorknob?

Yup, a woman in Fishkill, N.Y. claims she found a dang doorknob of all things inside of her nachos. I mean come on man, how could you mess up an order that bad that you had to put a doorknob in someones nachos. Apparently that location is missing a doorknob or something, or else someone found one and put it in the nachos to be funny. I don't think that would be funny at all to find a doorknob in my nachos, how about you?

The incident happened during the 4th of July and apparently it wasn't a doorknob but the nacho cheese handle that somehow made it inside of her food. When she took the food back they even offered her some free food, I think I would have passed as well. The employee who did it was fired and went on a fit of rage threatening employees and also trashing the managers office.