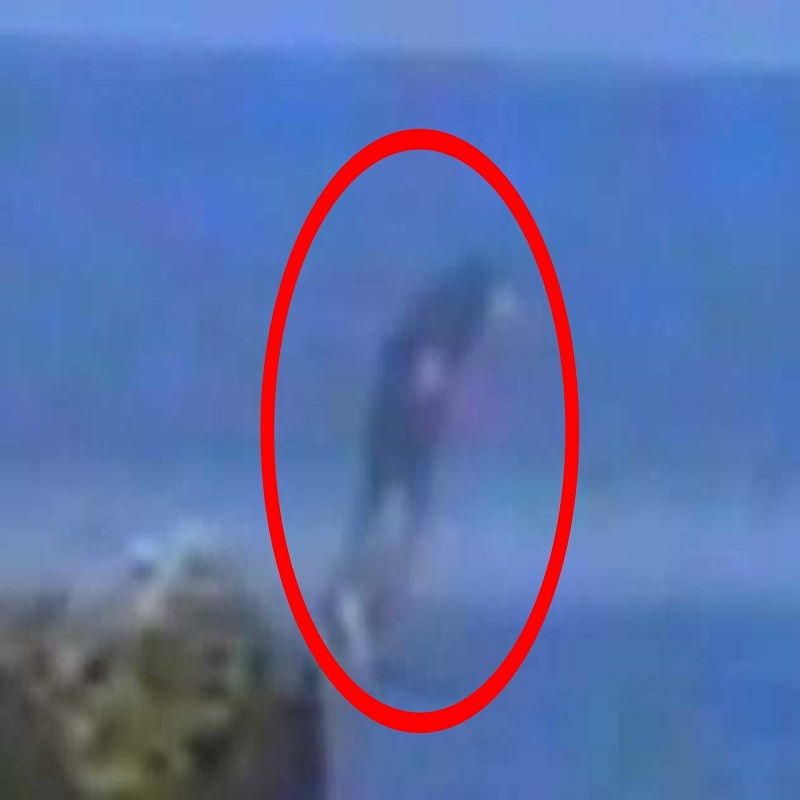 The location where this crazy video was shot at has a dark and historical significance. In World War II many Japanese civilians and soldiers jumped to their death off this very cliff. Instead of being captured they jumped to their deaths, making this place a very sad and haunted place.

It's said that throughout the years many other people have come to this location to end their lives. Has anyone survived the jump to tell about it?

The cliff is extremely high and if the fall doesn't kill you, the crashing waves against the rocks will. So anyone who jumps this cliff will die instantly. Now is this video a fake or is some kind of clever video editing?

I think it would be in sick taste if someone were to produce a fake at this place, many people have died at this location and doing something fake just to get some views would be a disgrace.

Now while it doesn't look like it's someone from the World War II era, it does look like someone who's dressed in more modern era clothing. Was it someone who couldn't take it anymore and just decided to jump, or was it fake?

You be the judge!

Check out the video and let us know what you think!


What do you think? Real or fake?

Have you ever caught any ghostly stuff on video?